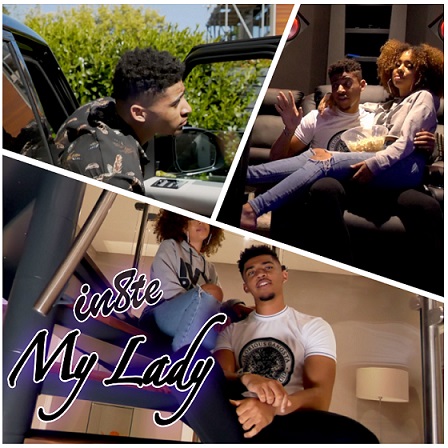 With a tight fusion of catchy melodies, Latin based harmonies and bass heavy Afro rhythms and grooves, in8te brings a long awaited new flavour to the UK scene, a flavour which can be best described as Afro-Latin.

I wanted to bring listeners a catchy Summer tune that would pull people to the dance floor but at the same time bring a fresh new vibe. There has been a lot of similar sounding tracks in the UK recently and I wanted to spice things up with a new flavour in regards to production and overall musicality. “My Lady” keeps that catchy dance groove that’s core to the urban scene but harmonically stands apart with what I like to call a Afro-Latin vibe.

Lyrically, the song brings a entertaining yet significant message of romance, and commitment. On one hand, empowering independent women who know their worth and on the other hand boasting in the fruits of a committed and faithful relationship. Whilst the crisp visuals magnify the picture of 2019 couple goals, the combination of rap vocals, catchy melodic content and latin inspired harmonies elicit both in8te’s expressive personality and musical versatility.

Having stepped into the urban scene last Summer with “Ring Ring Ring” which reached no.17 in Music Week’s club chart, in8te followed up with “Suave” and “Never”, peaking at no.11 in Music Week’s club chart. “My Lady” comes as a fresh new Summer single, demonstrating in8te’s ability to blend both urban and commercial sounds, and bring a new flavour to the scene as both an artist and producer.