Born To Be Great 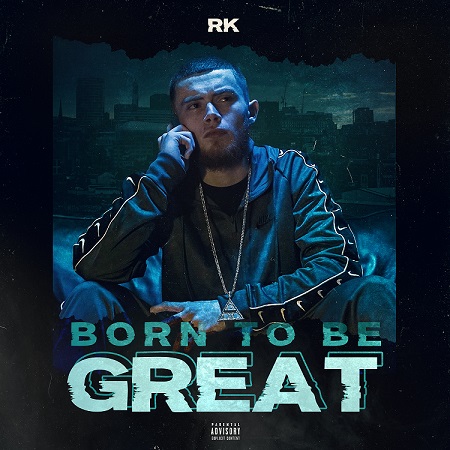 "BORN TO BE GREAT"

LISTEN TO “BORN TO BE GREAT” HERE

In the space of 2 years, 22-year-old rising Birmingham rapper RK has racked up millions of YouTube streams and established himself as one of the UK’s brightest new rap hopes. Following a period in the studio working on this forthcoming EP, he bursts back with new track “Born to Be Great” – premiered on LINKUP.TV 8pm Thursday 9th.

The first release from his upcoming 9-track EP ‘C.H.A.V. – Council Housed and Valuable’, slated for a Summer release, “Born to Be Great” sees RK finessing over a languid, laid-back instrumental, reiterating his journey from grassroots up with a desire to portray a better representation of council housed kids. It’s a new side to the rapper and shows this next level of his development. A statement of intent from one of the most interesting and acclaimed rising rappers coming from outside London.

Following the release of his breakout track 'Brum Town Baby', heavyweight support has swiftly followed from the likes of BBCR1Xtra’s Kenny Allstar, Charlie Sloth, Tim Westwood and DJ Target as well as a co-sign from fellow Birmingham rapper Mist.

Following months in the studio crafting this new body of work, RK returned to social media recently to share his collaboration with Sports Direct & Kenny All Star to celebrate the AirMax IVO & Invigor launch, where he performed as part of their ‘IVO Tour’. With the waves he’s making even away from the limelight, RK’s now looking set for an explosive 2019. Sleep on this rising young star at your peril.