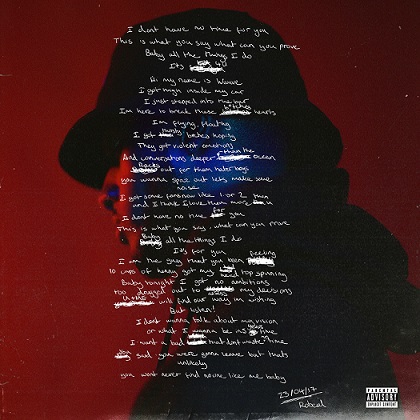 Releases new single + video FOR YOU

Via LOST ONES / VIRGIN EMI

21-year-old LOST ONES signing WAUVE releases his second single the melodic, emotive, rolling anthem FOR YOU.

With a first spin from MISTAJAM, the new offering from Wauve (pronounced as rhyming with suave) is a fusion of lo-fi R&B and trap beats, and nods to his rich tapestry of influences which include seminal artists such as BRYSON TILLER, T-PAIN and trap pioneer LEX LUGER.

With the visual shot in London by directors Ruby + Boya, Wauve quotes on the track;

”I wrote this song when my new girl at the time had me feeling guilty about not giving her enough of my time as I was grinding so hard To get somewhere with my music. It was my first time balancing a relationship with what was my real first love, music, so it was hard figuring it out how it was going to work.

Hailing from the East African country of Eritrea, WAUVE’s work draws inspiration from a hybrid of influences; resulting in his own unique sound of R&B-infused afrobeat. His sophisticated musical DNA is made up of elements of his heritage combined with these crossover trap / R&B melodies.

A determined and dedicated young artist, WAUVE spent his formative teenage years scouring YouTube for new music and teaching himself how to produce; gradually honing his craft by producing beats for YouTubers for next to no money whilst studying part-time in creative music production and business.

After finding success on collaborations with YouTubers PARRIS and KOOMZ, WAUVE attracted attention as an artist in his own right and began to develop his skills of clever storytelling matched with great songwriting.

FOR YOU teases a run of explosive new music from this producer – turned – artist, which will lead to release of his debut mixtape in 2019.