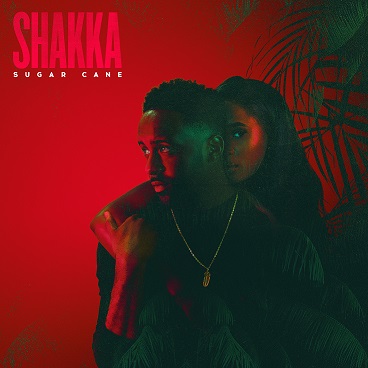 FOLLOWS 50 MILLION STREAMS OF ‘MAN DOWN’

“Shakka is unequivocally set to make waves in the U.K music scene on a major scale and is definitely one to watch in 2018.” – Link Up TV

“Shakka is one of very few pure artists that have grown consistently year on year, whilst staying wholly true to their art form and beliefs.” – House of Solo

“Shakka is a singer who perfectly embodies the duality of being both black and British.” – Metro

“Shakka has certainly asserted himself as one of the country’s best homegrown talents.” – The Idle Man

“Much of his music is about place and identity - in a similar way to Kano and his phenomenal Made in the Manor album he pays homage to the places that made him who he is.” – The Independent

Shakka’s previous track ‘Man Down’ (featuring AlunaGeorge) became the biggest hit of his career to date with a phenomenal 50 million+ streams. It reached Silver status this summer, and is now closing in on Gold as it approaches 400,000 domestic sales. It became a radio smash too, hitting the A-list at Radio 1, Radio 1Xtra and Capital XTRA as well as further playlists at Capital, Kiss and Kiss Fresh. ‘Man Down’ also fired to #1 on Shazam’s urban chart.

Now Shakka continues to expand the scale of his eclectic sonic vision with the new track ‘Sugar Cane’. Shakka’s golden vocal tone tops a global-thinking modern pop banger which has its roots in British R&B and soul. His production achieves that rare balance of adding inventive touches to an immediately appealing core sound.

Lyrically, ‘Sugar Cane’ is about Shakka’s experiences with a young woman whose wealth results in her emotional poverty. She’s the product of her family, who could provide money and material goods at will but never showed any affection. Aware that she uses her wealth as a mask, Shakka challenges her to open up and delve deeper into her emotions, and their bond strengthens as a result.

‘Sugar Cane’ demonstrates the breadth of Shakka’s multi-faceted musical talents as the solo vocalist, songwriter, producer and performer of the track. That diverse array of skills is further extended to his live shows where he acts as his own musical director, and he’s also able to play the piano.

Raised and still based in Notting Hill, Shakka is part of a new wave of black British artists such NAO, Lianne La Havas and Sampha, who all focus on sharing their aspirational worldviews, rather than exploring the familiar narratives of life on the street. Instead, Shakka’s stories often reflect his current life. ‘Man Down’, for example, explored the drama that can happen when a casual relationship becomes serious, and ‘Heart The Weekend’ celebrated his love of performing and partying with fans after the show.

Outside of music, one of Shakka’s main interests is his passion for Japanese culture, and he’s currently using an app to reach himself the language. In addition to his love for sake and ramen, Shakka also regularly discusses his latest favourite anime with his fans on social media, as well as his love of the nation’s retro-gaming classics such as Super Smash Bros. and Metal Gear Solid.