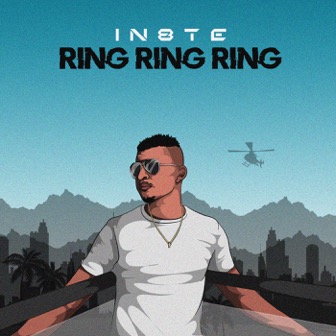 in8te says ‘Stepping into the mainstream urban UK scene from the gospel scene meant that I needed to bring a fresh vibe which still carried a unique and dynamic musicality. The track needed to be a Summer tune that was easy to dance to yet still demonstrated seraphic musical production. I feel “Ring Ring Ring” does just that.’

Lyrically, the song delivers a message of romance, commitment and true love. Focussing on what it really means for a man to win, keep and value a woman. An ever-craved message which pushes through to the forefront of an age driven by love and sexuality. The combination of rap vocals, RnB melodies and gospel inspired harmonies do not only elicit this message but present in8te as a new artist who brings a new flavour to the urban scene.

Ring Ring Ring’s official music video has already racked up over one hundred thousand views on GRM Daily’s youtube channel, and has generated a large amount of exposure on social media, having been reposted by several large instagram influencers including  UrbanTV, YoungKingsTV and Memezar, reaching over four million users.

Having previously released his debut Gospel EP “Hosanna” earning him performances at large gospel events such as Hillsong Y&F, and having increased his online clout through his “Urban Saint Freestyle”, “Ring Ring Ring” demonstrates the multi-instrumentalist’s musical talent and versatility as he steps into the urban UK music scene.