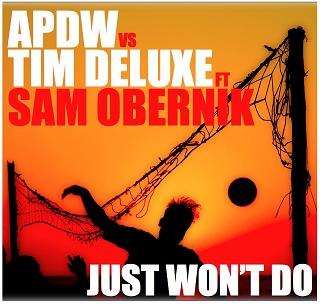 Two big Hyperactive club records have each topped the DMC Buzz Chart two weeks in a row! First up were the hot new remixes of Dennis Ferrer's club anthem, 'Hey Hey', that looks set to storm into the mainstream now thanks to hefty support from Radio 1's 1Xtra, as well as incredible club support. Now APDW vs Tim Deluxe ft Sam Obernik's enormous new rework of the club classic 'Just Won't Do' have given the anthem a whole new lease of life, topping the Buzz chart this week. Remixes from ATFC vs Warren Clarke, Mowgli, Paul Jackson, as well APDW themselves have been impacting since Miami, have have exploded internationally since. It's a going to be a big summer for these records!!