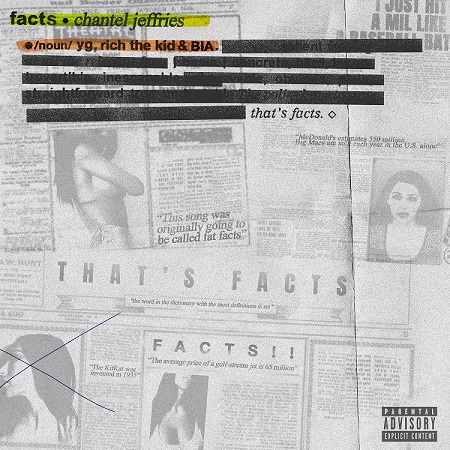 Additionally, Chantel has announced her 2019 Las Vegas residency with Hakkasan Group and will make her residency debut next Friday, February 8 at Jewel Nightclub – purchase tickets here. The residency marks a monumental milestone for Chantel’s career, establishing herself as one of the select few female DJ’s with a major Las Vegas residency.

This weekend, Chantel will showcase her skills at multiple Super Bowl LIII events in Atlanta. She is set to perform at various Super Bowl events including the Boosty Bellows x Eleven Miami pop up with Tiesto on Friday, the Fanatics Annual Super Bowl Party, and alongside Rae Sremmurd at TAO’s Super Bowl takeover on Saturday night.

Over the past few years, Chantel Jeffries has traveled all across the world as part of her whirlwind career as a DJ. In her constant globe-hopping, Jeffries has tapped into her infinite curiosity about music of all kinds, gaining a deep knowledge of everything from Euro-house to dancehall. Upon returning to L.A., Jeffries began channeling those inspirations into her burgeoning work as a producer—a process that finds the former math whiz using mathematical sequencing to create her artfully arranged tracks. The first taste of her hip-hop-infused take on dance music: “Wait,” a bright and beat-heavy instant smash that quickly hit #4 on Billboard’s Dance/Electronic Digital Song Sales chart.

Jeffries has spent much of the past year DJ-ing major events like the Vanity Fair Oscar party and the Apple Music x Beats 1 party at Coachella. “The live set is a full experience, with a lot of visual stimulation in the lights and video elements,” says Jeffries, who’s now approaching her Las Vegas residency with Hakkasan Group.