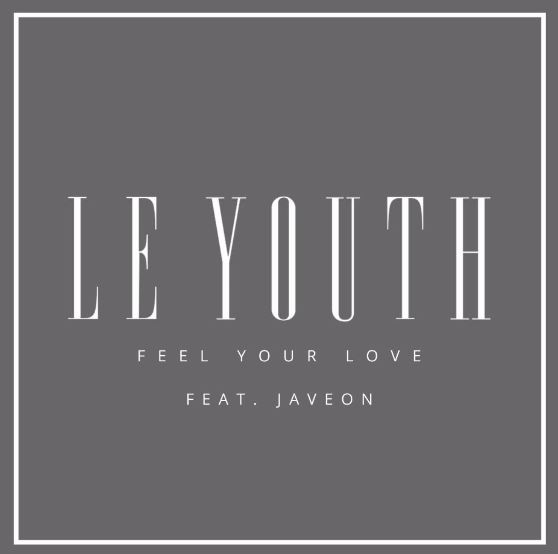 Following the success of single ‘Dance With Me’, breakthrough producer Le Youth prepares for his third official single ‘Feel Your Love’ featuring Javeon. Due out on 24th August via The Sign Of The Times / Sony Records, ‘Feel Your Love’ had it’s debut spin on Mista Jams BBC R1 show this week and sets the tone for what will be an exciting summer for the LA musician.

Meeting the high expectation of his last collaboration with US female rapper Dominique Young Unique, Le Youth collaborates with the fast-emerging vocalist Javeon, signee of PMR records, who has worked with popular UK acts such as Julio Bashmore, MNEK and now with Le Youth.

Le Youth arrived on our radar this time last year with his summer hit ‘C O O L’ which generated mass hype across the board. His disco-influences and throwback 90’s R&B sound has cemented his place at the forefront of dance music as he provides a fresh take on the house and disco sound which is currently dominating the UK charts.

Since the release of ‘C O O L’ and the follow up ‘Dance With Me’ earlier this year, Le Youth has had a flurry of output including his remix of Tensnake's ‘Love Sublime’, Disclosure’s ‘Voices’ and he was even drafted in on remix duties for the global superstar Katy Perry for her single ‘Birthday’.

‘Feel Your Love’ is the latest offering from the newly announced album project we have all be looking forward to. With a full remix package, including a remix from RAC, this track could well be the soundtrack to the summer, keep your eyes and ears peeled.