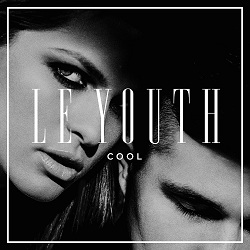 The high-fashion video for “C O O L” (reminiscent of a 90s Calvin Klein photo shoot) made its debut on FADER last week. You can check out the official video on YouTube HERE.

The EP will be officially released on JULY 2 but you can pre-order the original (plus remixes by ColeCo, Lane 8 & Henry Krinkle
and more!

Huge on Radio 1 and set to be a major hit so please let us have your 100% Support!