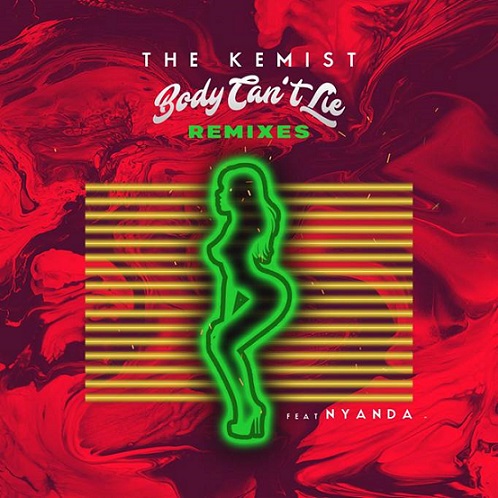 Born in Kingston Jamaica, Errol “Kemar” Thompson aka The Kemist grew up around reggae royalty. His mother is the Queen of Reggae, Marcia Griffiths, and his father, Errol Thompson Snr, was a musician and popular radio personality. At the tender age of 3, The Kemist got his first moment in the spotlight sharing the stage with Reggae legend Bob Marley. The charismatic artist was destined to be a star as he grew up touring the world as a music director / musician in his mom’s band.

The Kemist has stormed onto the international music scene with over 25 million streams and support from industry heavyweights such as Diplo,Carnage, Hardwell and Major Lazer.  Now with new partnership with 21 Entertainment Group & Republic Records he releases this brand new single, “Body Can’t Lie”, featuring Nyanda.

Ready to download here are the red-hot club remixes, courtesy of Bravvo, Gaidz, Tropkillaz and Pink Panda - all bringing further heat to the dancefloorfloor!