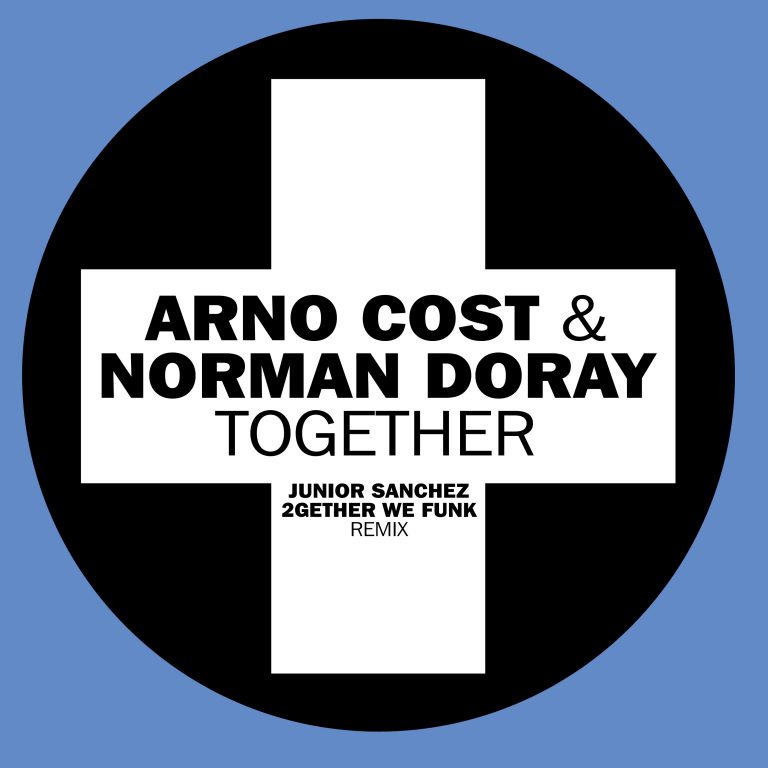 Dubbed as the “2gether We Funk Remix”, Sanchez uses distinct synth sounds, chopped vocals and vibrant beats to recreate a for sure fire player of the 80’s disco-influenced anthem.

Showcasing their French-touch inspired sound, the track follows Cost & Doray’s previous collaboration ‘Apocalypse’, which was named as Pete Tong’s ‘Essential New Tune’ on BBC Radio 1. The duo soon followed the release with their anthemic singles ‘Rising Love’ on Interscope Records, and ‘Strong’ on SIZE Records, with both tracks amassing a combined 10 million streams.

Having produced remixes for the likes of David Guetta and Moby, Arno Cost has also racked up releases on Universal, Spinnin’ Records, Atlantic, and Sebastian Ingrosso’s REFUNE imprint.

Boasting an impressive catalogue of solo productions, Doray’s back-catalogue includes releases on Defected, Strictly Rhythm, Spinnin Records, SIZE, and LE7ELS. The French producer has also performed a number of sizzling sets at Creamfields, Tomorrowland and Ultra Music Festival in addition to Las Vegas residencies for both XS and Light.

The release of ‘Together’ marks another exciting collaboration between two of the industry’s most dynamic producers, and is sure to cement a spot as one of the first big hits of 2019.