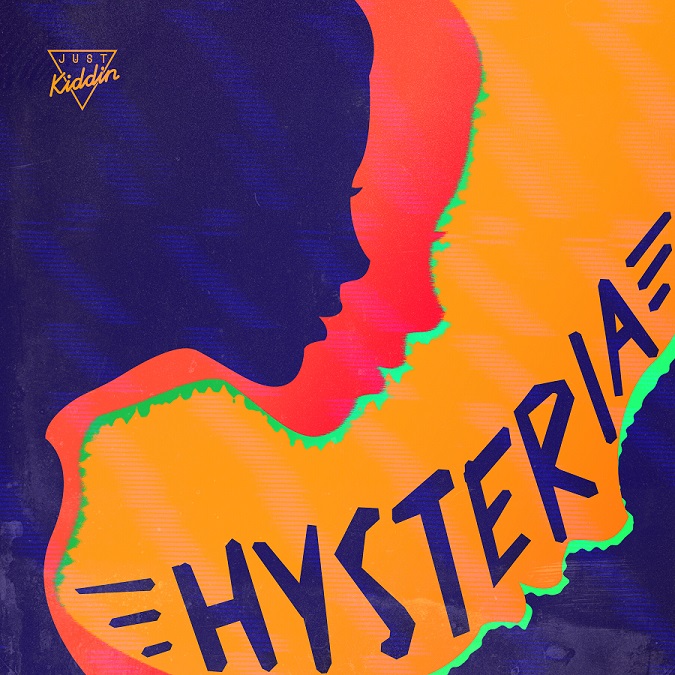 Having received a wealth of support from the likes of Pete Tong, Annie Mac and MistaJam across BBC Radio 1, UK duo Just Kiddin are back, this time flaunting their new single, ‘Hysteria.’ Dropping on Danny Howard’s iconic Nothing Else Matters label, the track is set for release on 5th October, capturing the signature sound of two of the UK’s fastest-rising talents.

A melodic house production backed by a club-ready bassline, Laurie and Lewis’s backgrounds in drum and guitar have evidently fed into the pair’s ear for propulsive beats and catchy hooks, with the track offering slick club-ready tones.

Having gained support from industry heavyweights such as Gorgon City, Martin Garrix and Tiesto, Just Kiddin first burst onto the scene with their summer hit ‘Thinking About It’ via Parlophone’s dance imprint, FFRR. The track received over 50 plays across BBC Radio 1 & 1Xtra and over 6 million streams on Spotify, with the duo going on to remix the likes of Becky Hill, Cedric Gervais and Claptone.

Supporting a wide range of acts, including The Magician, Duke Dumont, Jax Jones, Sigala, and Blonde on their respective tours, Just Kiddin have garnered a reputation as a dynamic DJ act, with their widely acclaimed 2018 singles ‘Body Talk’ and ‘Indiana’ amassing over 11 million Spotify streams between them.

Releasing ‘Hysteria’ on Nothing Else Matters, the label has hosted recent releases from the likes of Sonny Fodera, KC Lights, Secondcity, Hannah Wants, Kydus, and many more. As well as being a record label, Nothing Else Matters promotes clubbing events across the UK and Europe, holding a weekly residency every summer in Majorca, and regularly throwing parties on the terrace at Amnesia in Ibiza.

A rich aural embodiment of Just Kiddin’s vibrant tones, ‘Hysteria’ is set for release on 5th October - preceding the duo’s performance at Ministry of Sound the very next night - with the track set to further expand the careers of two of dance music’s fastest rising talents!