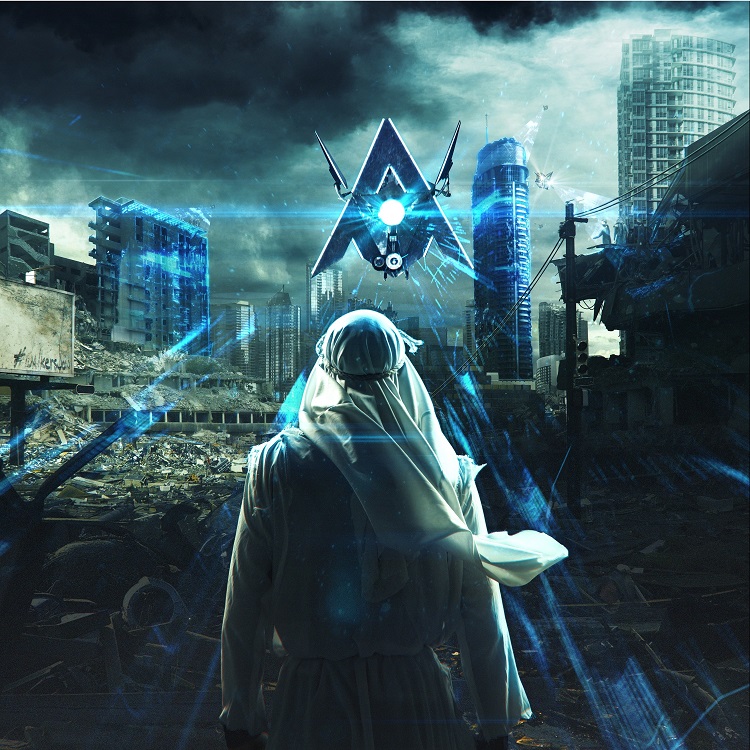 Together with the accompanying music video "Darkside" is the second song in the "World of Walker" trilogy and follows up the previous single "All Falls Down".

“I’m extremely excited to finally release Darkside! I’ve been waiting for quite some time to release new music, and can’t wait to hear what people think of this single and video. I really hope that my fans will love it as much as I do. It’s also great to have two amazing artists such as Au/Ra and Tomine Harket on this single, they both have amazing voices!”

Au/Ra debuted last year as a 15-year-old with her first single “Concrete Jungle”, which has generated over fifteen million streams worldwide. Her current single Panic Room, a collaboration with CamelPhat, has also made waves throughout Europe.

The Norwegian pop singer Tomine was first noticed for real with her Norwegian EP «Hva Er Vi Nå // H.E.V.N //» with Unge Ferrari, accompanied by a sold-out tour. The singer, who is the daughter of Morten Harket of famous pop-group A-Ha, released her English debut in late June of this year, with the release of her single «Breathing Better»

In just 3 years, Alan Walker is already one of the most streamed artist worldwide and dubbed one of the most exciting names within electronic pop music. To date, Alan’s music has gained more than 12 billion audio and video streams worldwide, with his last single “All Falls Down” featuring rising American pop star Noah Cyrus together with Digital Farm Animals already surpassing 500 million audio- and video streams.

2016 and 2017 was undoubtedly the break-through years for Alan Walker, with the release of his first three singles Faded (December 2015), Sing Me to Sleep and Alone, which he followed up with Tired (feat. Gavin James), The Spectre and All Falls Down (feat. Noah Cyrus and Digital Farm Animals) in 2017. Alan has already reached to the top of the charts in many parts of the world. In the US, the last two singles Alone and Tired both reached #1 on the US Dance Radio. He was also awarded the ‘Highest Climber’ Award at the DJ MAG Top 100 List, where he was listed at #17 in 2017.

This year, Alan has been on an extensive tour with highlights performances at Ultra, Coachella, EDC and Tomorrowland. For tour information, please the visit the link: http://alanwalker.no/tour/