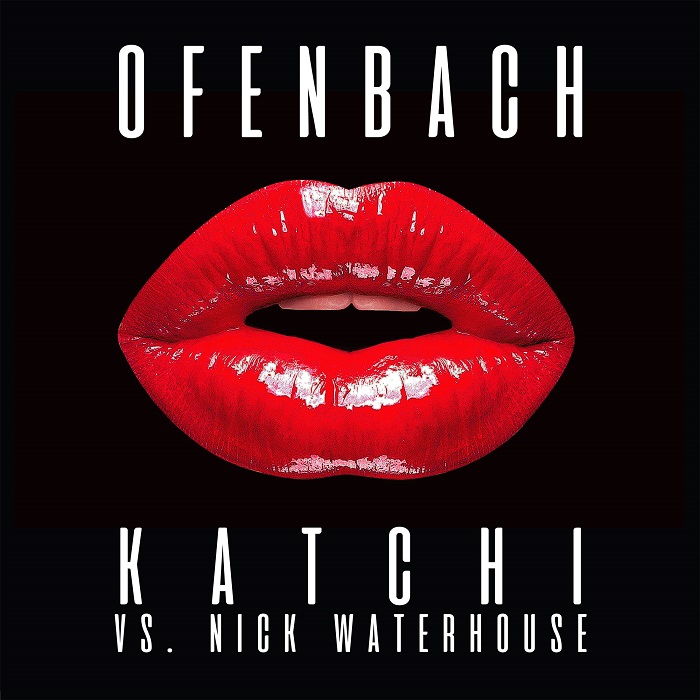 Dorian Lo and César de Rummel AKA Ofenbach are causing major international waves with ‘Katchi’ - the duo’s latest single featuring Californian singer songwriter Nick Waterhouse that has already clocked up 6 Million overall streams and stands tall at #17 on the Global Shazam Chart and #3 on the Global Dance Chart. With an unforgettable sound that mixes electronic music with rock & roll, ‘Katchi’ cements Ofenbach as the French producers to watch right now.

Hot on the heels of their diamond and platinum break out hit ‘Be Mine’ and certain to chime with their growing worldwide fan base, ‘Katchi’ is a rework of Grammy nominated singer Leon Bridges’ song of the same name. The track features the skilful rock, rhythm & blues singer-songwriter Nick Waterhouse, while showing off the pair’s unparalleled production prowess.

“The rock sounds needs something new’ explains De Rummel, ‘and we think the mix between rock and electronic music can bring rock music to the future”.

‘Katchi’ takes rock and rhythm into contemporary territory with kicks, claps, snaps and horns that make for a sparkling club and radio friendly reimagining, containing all the hallmarks of a seismic crossover hit. ‘Katchi’ rises up to the impossible task of appealing to diehard blues and rock fans while retaining a distinct, danceable, floor-filler aesthetic.

Ofenbach fanatics are ready and waiting for the next big hit, with ‘Katchi’, they have delivered just that.

Only formally launching on the scene in 2014 it took Ofenbach just two solitary years to earn huge mainstream success. Their careers started as mere teenagers with a simple love of deep house music and an intention to imbue the genre with a never-heard-before love of rock music. The intentions may have been modest, but what followed no one else could have realised. After a flurry of stunning pop house cuts they hit the big time with ‘Be Mine’ that peaked at an impressive number 5 in the French charts. With that, Ofenbach’s rise has been as speedy as it has been impressive. 130 million streams worldwide and still growing the track touched fans all over the globe from France to Mexico, earning coveted Diamond / Gold discs alike. Across Shazam, Apple and Spotify it was a booming success that the still burgeoning platforms could not have foreseen. With ‘Katchi’ in their back pocket and a wealth of hits in the locker, the list of Ofenbach’s accomplishments is set to become unprecedented.