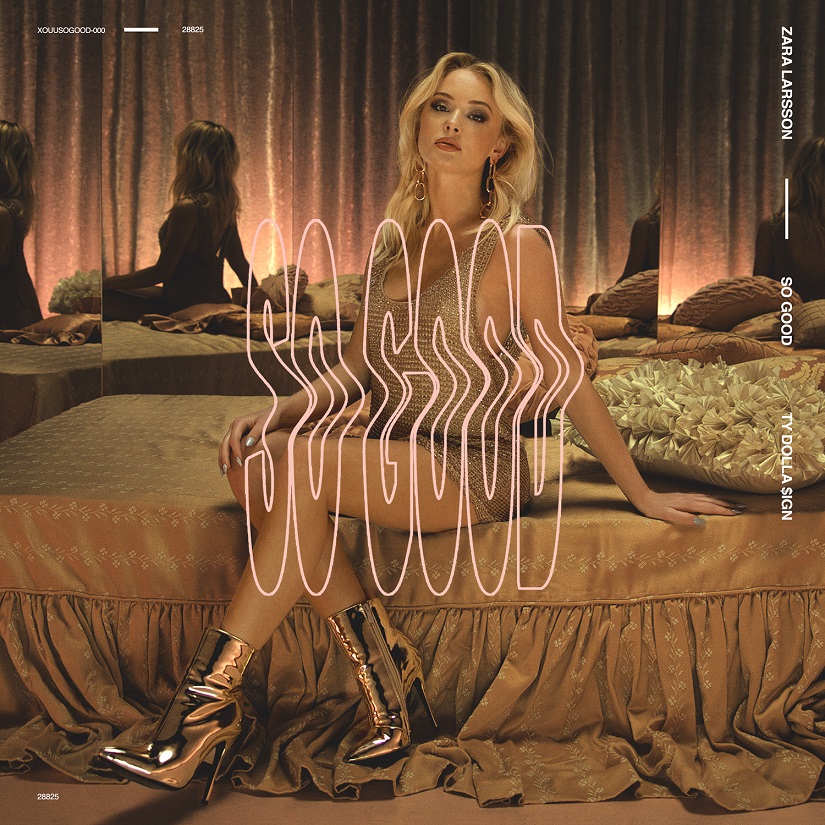 Having started the year with no less than two BRIT Award nominations and an NME Awards nomination for ‘Best New Artist’, pop’s biggest breakthrough star, Zara Larsson announces the release of her next single, ‘So Good’, released today via Black Butter Records. Featuring GRAMMY® Award-nominated singer/songwriter, Ty Dolla $ign, the sassy RnB tinged track is an impressive step forward for Zara and one likely to propel her even further into global consciousness.

Over the past twelve months, Zara has achieved what most artists can only dream of, becoming one of the biggest and most exciting breakthrough artists of the year and unmissable across our screens and airwaves.

To date, her  TV performances have included; The Ellen Show, The Tonight Show Starring Jimmy Fallon (twice), The X Factor (UK and Australia),  BBC’s Children In Need, and The Voice UK and Jonathan Ross (twice).  Factor in a V Festival performance,  two 2016 MTV EMAs wins and small matter of opening for Beyoncé on both dates of her Formation World Tour at Wembley Stadium, it’s been non-stop for the Swedish sensation.

Having recently graced the cover of NME, featured in Time Magazine's 30 most in?uential teenagers, become the VEVO Lift Artist for the UK and US and had a string of global hits already under her belt, Zara’s previous single, ‘I Would Like’ continues to sit ?rmly in the UK Top Ten,  six weeks after being released and peaking at Number 2 in the UK Of?cials Singles Chart, making Zara the ?rst artist in 10 years to top the Music Week Urban, Pop and Upfront Club Charts. Her stunning and ?erce debut solo single, ‘Lush Life’ (a Top 3 hit in the UK Of?cial Singles Chart), has gained over HALF A BILLION global streams on Spotify - selling over 1.2 million copies in the UK alone, whilst also achieving platinum status in countless international charts along the way (6x Platinum in Sweden, #1 in the Swedish Singles Chart, top 5 in Germany, Netherlands, Norway, Denmark, Switzerland, Austria and Belgium).