Pet Shop Boys are back with a new "Agenda", new EP here now 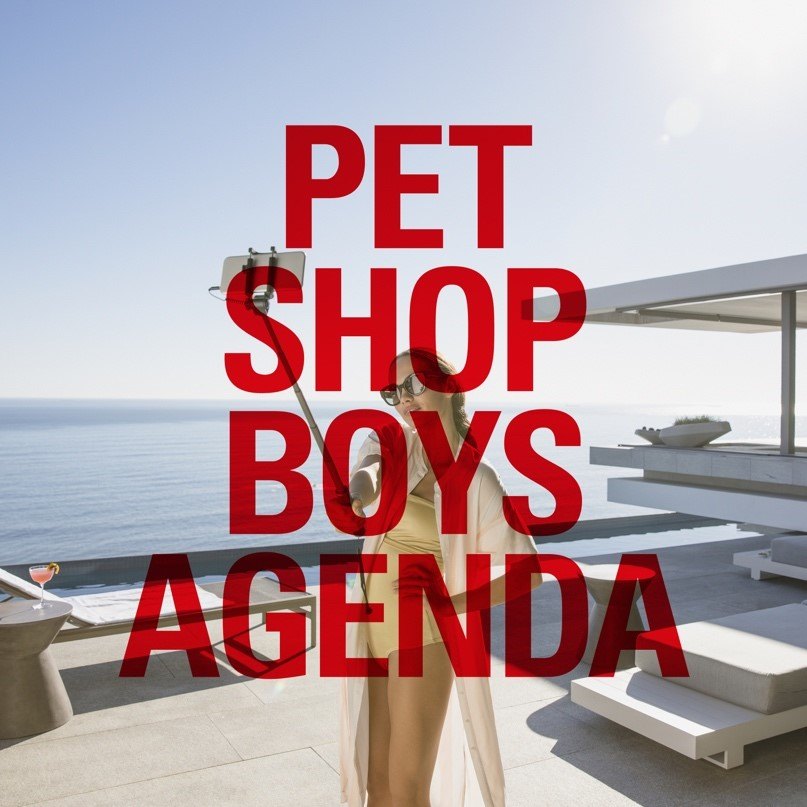 Pet Shop Boys release their ‘Agenda’ EP, four brand new songs which have been streamed one per day since Tuesday this week. The tracks are released by x2 Recordings via Kobalt and are now available to buy digitally.

The four-track EP on CD is also now available to pre-order exclusively with this year’s issue of Annually, Pet Shop Boys’ once-a-year hardback publication. Annually is published on April 12 and on the same day a 12-inch vinyl EP of ‘Agenda’ will be released commercially. Links to pre-order are below.

Discussing the EP, Neil Tennant said it contains “three satirical songs and one rather sad song – but they all have, broadly speaking, political themes. I think it’s because of the times we’re living through.”

The individual songs are:

Neil: “It’s a satirical song about the poor quality of political leadership in the modern world…. Obviously, it’s all meant ironically but I think it sums up quite a lot.”

Neil: “It goes through all of the issues one might have about social media.”

‘WHAT ARE WE GOING TO DO ABOUT THE RICH?’ - LISTEN HEREhttps://petshopboys.lnk.to/Agenda

Neil: “This was written as a lyric as a sort of mock-protest song.”

Neil: “We’re talking about extreme rich – oligarchs and that kind of thing. The super-rich.”

Chris: “The ones that don’t pay any tax.”

Neil: “This is not satirical but it’s got a political theme. It’s sort of got two things going on. It’s kind of about a refugee who’s gone missing while fleeing for safety with her family. And there’s sort of a point being made that maybe we’ve all forgotten something about human values…That maybe there’s something being lost, and it’s summed up by the idea of the innocence of the child.”

The EP was produced by Tim Powell and Pet Shop Boys. Pre-order the vinyl version of the EP via https://petshopboys.lnk.to/AgendaVinyl

Pet Shop Boys are currently working on a new album with producer Stuart Price due for release in the autumn. Recording sessions have already taken place in Berlin and Los Angeles. ‘Agenda’ is a separate project and the songs on it will not be on the forthcoming album.