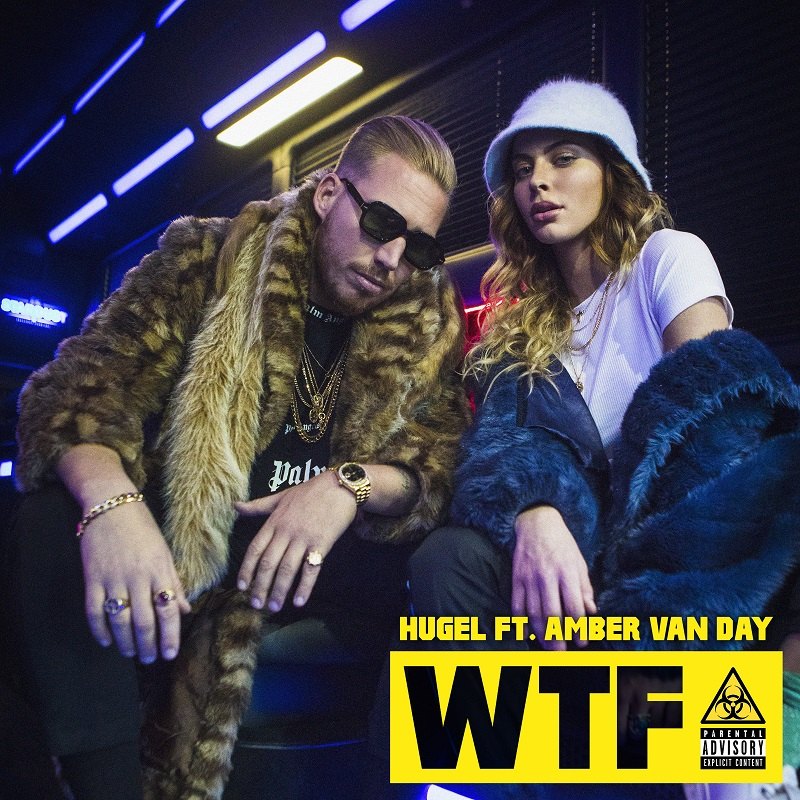 After delivering the official German Summer Hit 2018 with his remix of El Profesor’s “Bella Ciao“ (voted by GfK), HUGEL is back with another banger. Aptly titled “WTF“, this track will make you go WTF in all kinds of ways, starting with the lavishly pumping, in-your-face beat kicking in right from the first second. Once again proving his keen sense for choosing the perfect sample (in this case Charles Aznavour’s 1966 classic “Parce que tu crois“, famously put to use in Dr. Dre’s 2001 track “What’s The Difference”) and combining it with his knack for infectious melodies and undeniable beats, HUGEL invited English soul singer-songwriter Amber van Day into the studio. And boy, did she deliver: equipped with truckloads of sass, van Day puts a female competitor in her place for making eyes at her man in the club: “I know in the morning you’ll be waking up all alone / Posing all over your story with nothing to hold but your phone / You got it bad, all up in your head, girl you obsessed”, she notes, making it clear once and for all: “Get yourself out the club if you can’t take the heat”.

With his latest track “WTF”, HUGEL sets out once more to create a sure-fire buzz in the industry. After taking over the charts last year with his Gold-certified record “I Believe I’m Fine“ alongside Robin Schulz, the French DJ & Producer has stayed on top his game in 2018 as well. Besides teaming up with R&B superstar Taio Cruz on his single release “Signs“, his remix of “Bella Ciao“ proved to be this year’s biggest party anthem. Racking up more than 150 million streams worldwide, the remix has already reached Gold status in GSA. Never one to rest on his laurels, his most recent remix “Ce Soir?“ climbed the iTunes Charts as well, reaching the top 10 only three days after its release as well as being listed in major playlists on Spotify and Apple Music.

HUGEL has remixed songs for and worked with international A-list artists such as Charlie Puth, David Guetta, J. Balvin, Robin Schulz, Tiesto, Taio Cruz or Post Malone and played some of the biggest festivals in the world including Tomorrowland, Mysteryland, Lollapalooza, and Parookaville. After opening on David Guetta’s European Arena Tour, he played his third residency in Ibiza this year, appearing monthly at Ushuaia’s party BIG by David Guetta as well as the legendary Pacha. HUGEL currently plays over 100 live shows a year, boasts over 3.8 million monthly listeners on Spotify and over 66 million views on his YouTube Channel.