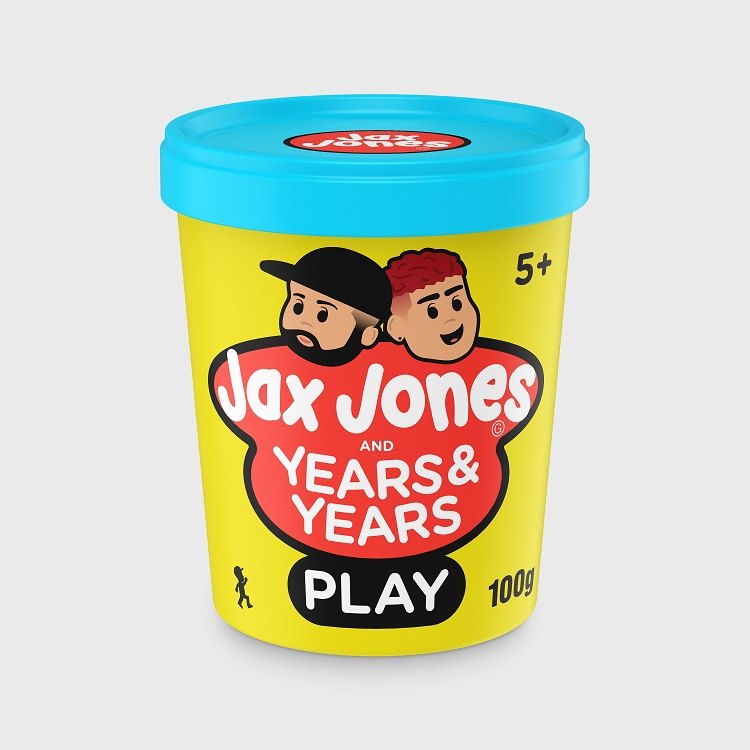 Having previously worked with some of the most exciting emerging talent, tastemakers, and the world’s hottest artists in Demi Lovato, Stefflon Don, Mabel, Raye and Ina Wroldsen & more, Jax continues to choose collaborators which set him apart from the current crop of dance hit-makers.

On the creation of ‘Play’, Jax comments; “Olly’s got one of those unique voices - he commands your attention as soon as you hear him sing - he’s a compelling artist. We had a lot of fun writing this song together and it was great to collaborate with someone so down to earth and open to new ideas. After we had written the song I started building a track with a strong UK Garage influence, as well as my love of soul and house.”

Always a band intuitively connected to great, homespun British pop classicism, Years & Years’ latest album ‘Palo Santo’ confirms their ascension to the world stage. At the core of it all is Olly Alexander, a once-in-a-generation front-man who understands more than most his responsibility as a pop star.

Speaking of the collaboration, Olly comments; "Working with Jax was really fun and we just giggled the whole time and danced around. I wrote loads of ideas and then we picked the ones we liked and made the song out of it. I love dance music because it makes me feel invincible, but it has tension in the lyrics, so I tried to create a bit of that - like how long till you play me the damn song! I liked the idea of a track that could make you fall in love. You’re so obsessed with hearing it that it’s like you’ve been hypnotized - I wanna hear that song!”

The first Number One Jax Jones wrote and produced, I Got U, was a collaboration with Duke Dumont, while his recent chart-dominating cuts have seen him working with a plethora of diverse talents including Raye, Stefflon Don, Demi Lovato, Mabel and Ina Wroldsen, with countless others waiting in the wings.

As number one in British dance exports and one of the world’s most sought after producers, Jax has achieved what most artists can only dream of. As well as being one of the few Brits to be included in the Billboard Dance 100 2018 - alongside the likes of Diplo, Marshmello and David Guetta, Jax has had BRIT and Grammy nominations and is in the top 100 most streamed artists in the world having accumulated over 2.5 Billion streams. He’s sold over 15 Million singles and accumulated over 600 Million YouTube views.

‘Palo Santo’ – Years & Years’ glorious second album – is out now and led by the smash hit single ‘If You’re Over Me’, which currently sits at an impressive 200 million streams globally and has gone Platinum in the UK with over 600,000 sales. On ‘Palo Santo’, and indeed in their highly celebrated live show, Years & Years’ impact on pop feels truly tribal, one in which the minority is always the majority, and everyone is welcome.

To wrap up what’s been a monumental 2018s for both acts, Jax has announced his biggest ever UK headline show at London’s Roundhouse on April 6th. He will also cap off his recent sold out UK tour by supporting Ellie Goulding on December 20th at London’s SSE Arena in aid of the Streets Of London charity, with Years & Years, who are currently in the middle of their world tour, embarking on their biggest ever UK leg to date, including a night at London’s O2 Arena.