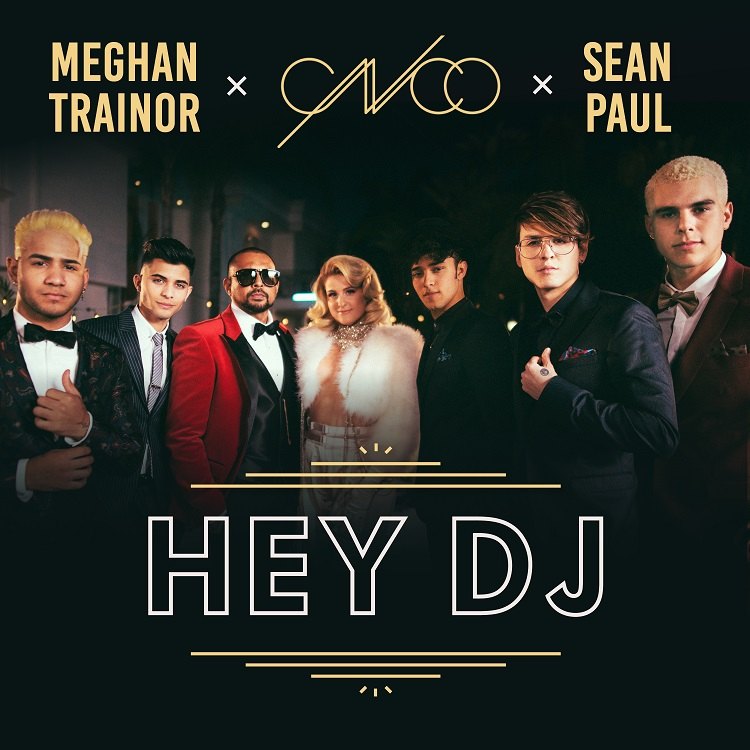 The anticipated single and collaboration, which was first announced by Meghan Trainor on The Tonight Show with Jimmy Fallon, comes at a time where CNCO fans (CNCOwners) have demanded a crossover appeal that represents the Latin millennial movement.

"We are honored to be able to collaborate with two incredible artists who we have looked up to for a long time,” shared CNCO. “It’s a dream come true for us to have them be part of this new version of such an important song for us and our career."

“The minute I heard it, I knew exactly what I wanted to contribute to the song,” Meghan Trainor said. “Getting to work with CNCO and Sean Paul to make this smash was an absolute dream. The music video is one of my favorite videos I have ever done!”

The release comes at the heels of CNCO’s triple chart-topping achievement including #1 at Billboard’s Latin Airplay, Latin Pop Songs and Latin Rhythm for their last single “Se Vuelve Loca.” The song saw an increase in plays by 10 percent in plays and jumped to No.1 in its 10th  week. In addition, CNCO recently performed at the Latin American Music Awards and took home wins for all three of their nominations including Favorite Artist - Pop, Favorite Duo or Group, and Favorite Album, Pop.

CNCO has announced that they will kick off their U.S. tour in 11 major cities from January to March 2019 and perform at legendary venues across the country such as American Airlines Arena in Miami, Microsoft Theater in Los Angeles, Rosemont Theater in Chicago, among others. The U.S. tour will be an extension of their headlining world tour, which had stops in Latin America, South America, Asia and Europe. The members will pay homage to their sophomore album CNCO with eclectic choreography and guitar segments throughout for their fans.

On October 26, 2018, CNCO released their collaboration with Latin artist, Prince Royce, titled “Llegaste Tu.” The music video has more than 26 million views on YouTube and continues to grow.

The dynamic group is signed to Sony Music Latin and Syco Entertinament and managed by Walter Kolm Entertainment.