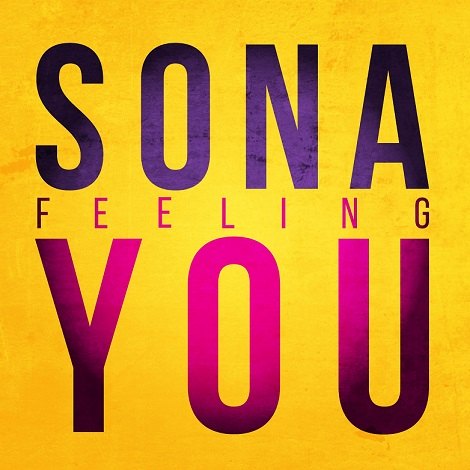 Produced by ATG Musick, who has worked with Abra Cadabra, Sneakboand Blade Brown, among others, 'Feeling You' comes on the back of Sona's latest singles 'Ginger', which has over 1 million plays on Spotify and YouTube, and 'Bamidele' featuring UK rap veteran Youngs Teflon, and is the first taste of his debut EP due out in early 2018.

Sona first gained notoriety in 2014 with huge underground hits ‘No Wahala’ and ‘Ijo Sona’, and was fast becoming the biggest UK Afrobeats artist in the country, before he had to go away for a couple of years. He returned 12 months ago with the massive single 'Hurt Nobody' with Sneakbo, which quickly clocked over 2 million plays, and followed this up with 'Ginger' and 'Bamidele' earlier this year.

In a short space of time, the South London native has been championed by the likes of MTV Base, BBC 1Xtra, Capital Xtra, Rinse FM, The Beat London, Radar Radio, Reprezent Radio, KISS Fresh, The FADER, GRM Daily, Link Up TV, SBTV, Channel AKA, and the MOBO Awards, among others, and is certainly one to watch within this burgeoning Afrowave landscape for 2018.