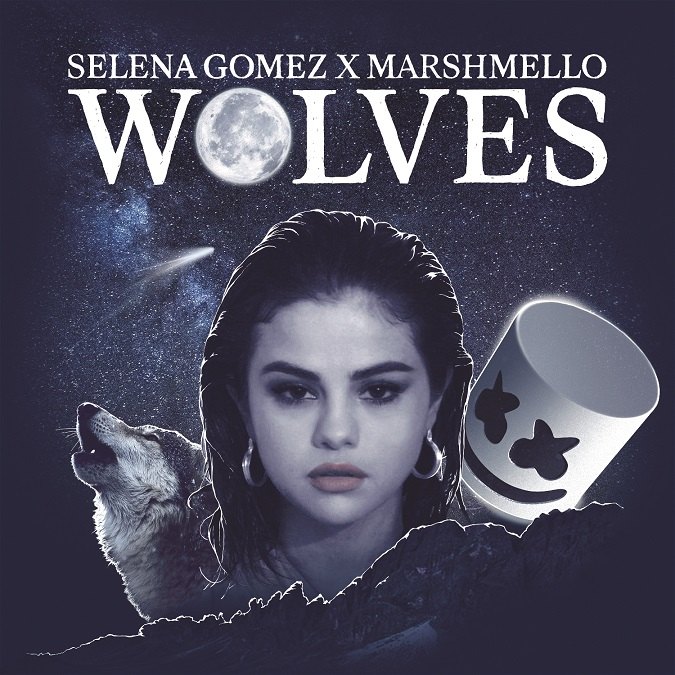 “Wolves” the new single from Selena Gomez x Marshmello, is out now on Interscope/Polydor Records.  The song is available for digital download and streaming via all participating digital retailers HERE. You can watch the playlist video, directed by Harry McNally, on Spotify HERE. “Wolves” is Zane Lowe’s World Record on Beats 1.

Gomez is an undeniable force in the music world, her 2015 Interscope-debut album REVIVAL was #1 on the US album charts. The record featured the hit singles ‘Good For You’, ‘Same Old Love’, ‘Hands To Myself’ and ‘Kill Em With Kindness’.Gomez is one of the most listened to artist in the world on Spotify, with over 30million monthly listeners.

As one of the most recognisable faces in the world, having graced the covers of major publications around the world including VOGUE, ELLE, i-D, V and Wonderland Magazine, Gomez is the most followed person on Instagram with over 128millon followers and has a combined social platform of 272million followers.