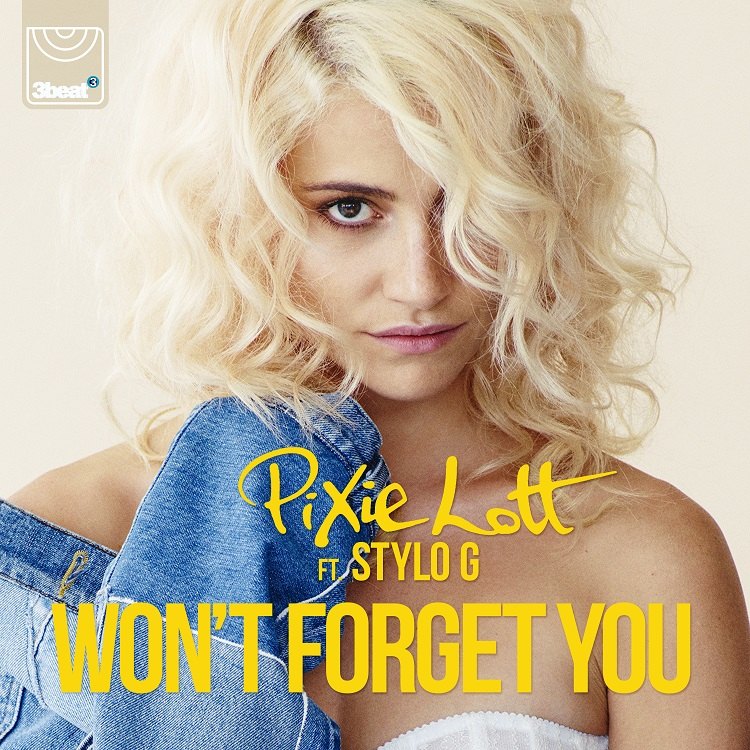 It’s been quite the year for British singer-songwriter Pixie Lott and now she’s back with the release of her brand-new single “Won’t Forget You”. “Won’t Forget You”, released through 3Beat Records, is another sure-fire smash for Pixie and will no doubt get everyone on the dance floors this Autumn. “Won’t Forget You” is produced by M-22 and Anton Powers and sees Pixie collaborate with her label-mate Stylo G. The single is released on all digital platforms on 29thSeptember.

“Won’t Forget You” is Pixie’s first full single release of 2017 and follows in the footsteps of Baby which Pixie featured on and re introduced her back to the airwaves and charts. The Anton Powers’ single launched with a very special performance on ITV’s The Voice Final (watch it back here). Baby picked up playlist additions from Capital and Kiss FM and was picked as Radio 1’s Record of the Week. Baby received over 8 million Spotify streams, topped the Coolcuts chart and broke into the Viral 50 chart in the USA. The video for Baby has received over 2.5 million views - view it here.

Pixie has spent a busy Summer touring the world for exclusive shows and performances including in Ibiza, Creamfields, Manchester Pride and she opened the recent We Are Manchester, the benefit concert held for the re-opening of Manchester Arena, headlined by Noel Gallagher. Pixie has also been traveling between New York, Los Angeles and London, starting work on her fourth album.

In addition to her music achievements, Pixie also stormed to victory on the first season of The Voice Kids UK, where she coached Jess Folley to win the show. Pixie, and fellow coaches will.i.am and Danny Jones, received acclaim from fans and critics alike and the show was a big success. She also turned her attention to fashion, making her catwalk debut at the Dolce & Gabbana A/W show and shooting for high profile fashion magazines GQ, Paper and US Esquire. Pixie is also the current cover star for Wonderland’s Summer issue – see here.

Pixie has delivered 3 UK number-one singles, sold over four million tracks, embarked on numerous worldwide tours, sold 1.6 million albums worldwide and written songs for some of the world's biggest stars including Selena Gomez. Pixie has collaborated with legendary artists including Stevie Wonder and John Legend. Her songs have been used as the soundtrack to countless movies and she has received in excess of 65 million YouTube views. She is a four-time BRIT Award nominee and the winner of two MTV European Music Awards.

And thanks to the guys at 3Beat we are very happy to deliver you guys this amazing record which also comes with truly stunning remixes from our favourites CAHILL!!!!!!!!!

Ok guys we love this and know you will too so please make sure you are on the case for this FUTURE NUMBER 1 PRIORITY!!!!!