Mollie King is back!!!!! And the girls letting her "Hair Down" with a massive pop anthem! 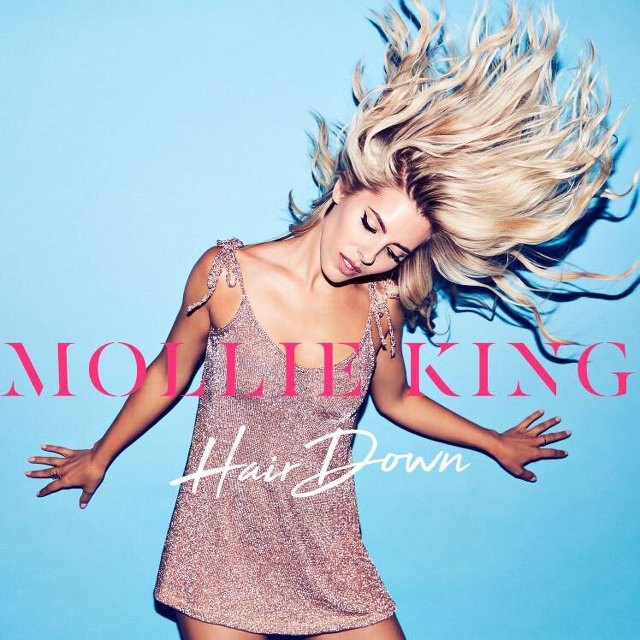 GET READY TO LET YOUR HAIR DOWN - MOLLIE KING IS BACK!

Fresh from the announcement that she is to star in this year's 'Strictly Come Dancing', Mollie King storms back on to the UK music scene with her new single 'Hair Down'.

Mollie has reunited with pop maestro Brian Higgins - Xenomania to produce an in your face pop banger that fans have longed to hear from Mollie since her announcement she was releasing solo music.

'Gotta let my hair down, I just wanna dance now' proclaims Mollie on a immense track that gets firmly stuck in your head from it's very first listen.

The song will be released on Friday 1st September via Island Records, accompanied by a breathtaking video, shot in South Africa by Kyle Lewis

Mollie says: “I've spent the last few months working hard in the studio developing my sound and experimenting with my solo music. I'm a huge fan of pop music myself and was thrilled about working with Brian Higgins again on this record. 'All Fired Up' was one of my favourite Saturdays songs; Brian totally gets pop and I think we’ve collaboratively come up with some amazing records that the fans are going to love hopefully as much as I do!"

Mollie has spent the last two years writing and recording her debut solo material with some of the globes hottest producers.  Next month sees her hit the dance floor as one of the stars competing in 'Strictly Come Dancing' 2017.

Mollie  is best known as one-fifth of leading girl group, The Saturdays. Since forming in 2007, the multi-platinum selling band have sold over 5 million records and concert tickets worldwide, scored 13 Top 10 singles and 5 Top 10 albums. The band also embarked on four nationwide headline tours and starred in three primetime TV series, including ‘Chasing The Saturdays’ for E! which aired in over 40 territories.

Beyond the group, Mollie has established herself as a mainstay of the fashion press, alongside being a permanent fixture on London’s style scene.

Scott & myself LOVE Mollie so please make sure you are on the case for this FUTURE NUMBER 1 PRIORITY!