DJDS release "Why Don't You Come On" feat Khalid & Empress Of ! 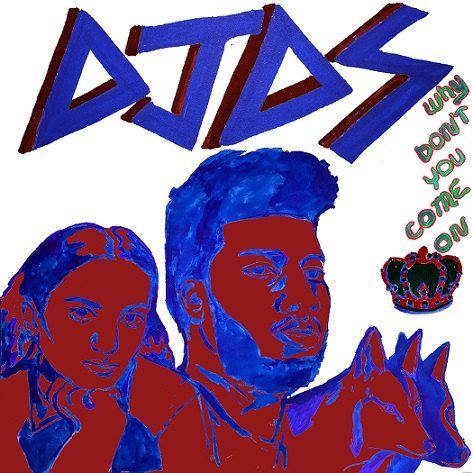 Why Don’t You Come On feat. Khalid & Empress Of

HEAR: "Why Don't You Come On" ft. Khalid and Empress Of - https://DJDS.lnk.to/WYDCO-YTSo

Premiered just now on Beats1 as Zane Lowe's World Record, DJDS' "Why Don't You Come On" enlists Khalid and Empress Of for a song that effortlessly synthesizes pop and dance music into a 3-minute earworm. The new single follows Khalid winning Best New Artist at MTV's Video Music Awards this past weekend and the release of DJDS' single "Trees On Fire" ft. Amber Mark and Marco McKinnis -- the first piece of music that the Grammy-nominated electronic duo of Sam Griesemer and Jerome Potter released in 2017.

In addition to the new song, DJDS headlined MoMA PS1's Warm Up this past weekend, bringing out special guests Amber Mark and Marco McKinnis during their set to perform "Trees On Fire" in full live for the first time.

On "Why Don't You Come On" DJDS says, "We had a rough idea for this song for a long time, but it didn't really go anywhere until we met Empress Of and she started writing to it. We can't say it enough, Lorely really gave this song life. It wasn't going anywhere without her. We were also working on Khalid's album at the time, so we played it for him and he decided he wanted to get on it too. He cut his part and it sounded amazing to us. Right now we're trying to make music and collaborations exist that we've always wanted to hear, and it was a dream to put these two together. Happy it worked."

"I went to their studio not really knowing what to expect and a little nervous because I admired their work so much," adds Empress Of. "I'm so happy they finished the song and decided to put it out! And Khalid! I would've never imagined us doing a song together but the beauty of this project is bringing artists together."

DJDS have a long-standing history of being fully-formed creatives; marrying music, visual art and fashion both in their own careers and through their label Body High. This process has led to collaborations with Kanye West and Khalid in addition to pioneers like Charlie Wilson, Cali Thornhill Dewitt, The-Dream and Opening Ceremony. While their comprehensive artistic vision has made them collaborators of some of the most celebrated contemporary creatives, it wasn't until they encamped with Kanye West to work on The Life Of Pablo that they gleaned the skills required to create a statement like "Trees On Fire" and "Why Don't You Come On " -- the ability to communicate with collaborators in order to create massive yet concise musical statements.

Hear "Why Don't You Come On" ft. Khalid and Empress Of and watch the "Trees On Fire" video ft. Amber Mark and Marco McKinnis above now.