DJ Khaled is having "Wild Thoughts" with Rihanna and Bryson Tiller! 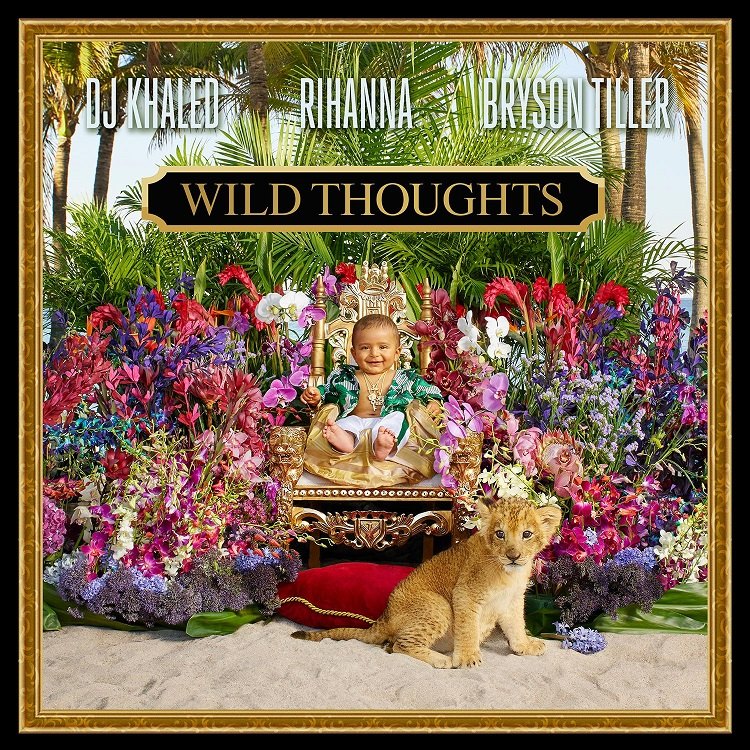 The utterly infectious track is the fourth single to be lifted from Grateful’, after an incredible run of smash hits including Khaled’s biggest song to date, ‘I’m the One’ [feat. Justin Bieber, Quavo, Chance The Rapper, & Lil Wayne]. It debuted #1 on the Official Singles Chart, earning DJ Khaled his first #1 single in the UK (as well as in the US, Australia and New Zealand) and has remained in the Top 2 for 5 consecutive weeks.

The king of social media continues to drive conversations and excitement worldwide. After posting ‘Gratefuls’ cover artwork on his social media, he trended across the globe. The photo features Khaled’s seventh-month-old son and album executive producer Asahd relaxing in a hot tub. In addition, DJ Khaled will celebrate the release of Grateful with a special BETx performance on Friday, June 23rd that is sure to make everyone feel, Grateful. Executive produced by Asahd Khaled, the youngest executive producer in history, the album unites music’s biggest superstars under one banner. DJ Khaled and Asahd have effectively taken over 2017 and set the pace for the culture to follow.