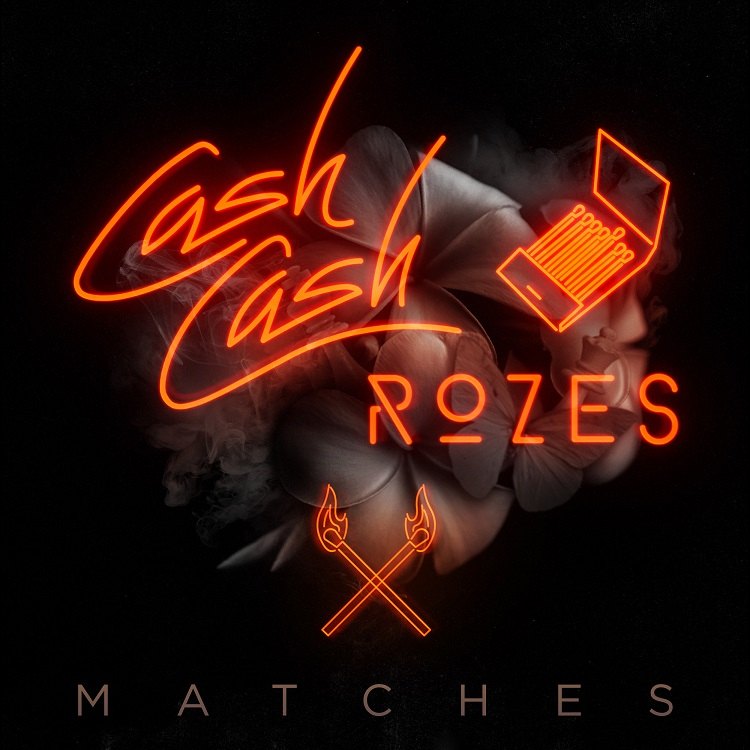 Globally-celebrated electronic DJ/producer/multi-instrumentalists Cash Cash have teamed up with Philadelphia songwriter and powerhouse vocalist ROZES for a new joint single “Matches,”. Cash Cash and ROZES together create a soon-to-be chart-topping monster. With ROZES’ sultry topline the perfect complement to Cash Cash’s signature production, “Matches” is destined to send dancefloors into a frenzy across the globe.

Cash Cash is hot off commencing a new residency at MGM Grand nightclub HAKKASAN, alongside Tiesto, Calvin Harris, Steve Aoki, Zedd and Kaskade. The trio is also currently touring in support of their massive debut album, 2016’s Blood, Sweat & 3 Years. The tour continues through most of March and April, so don’t miss out if they’re heading to a town near you!

“Our new song “Matches” evokes an emotion we’ve all felt before and Rozes has one of those voices that makes you feel every single word. We know listeners will feel some nostalgia when they listen to it whether it’s an old high school crush or past relationship…Our favorite thing about “Matches” is that the lyrics have this hurting sadness to them but the music is the complete opposite being uplifting and bright. We think that made for a really unique collaboration that leaves the listener with the sense that even when you’re broken and burned, you can still feel positive energy again if you let it back into your life.””—Cash Cash

“My best friend and I happened to have our hearts broken around the same time back in High School, and sometimes we talk about how crazy it is that, back then, we thought we were losing our whole world by losing that one person. I wanted to put myself back into those emotions and talk about those memories. It’s always been so intriguing to me that just a simple photograph, song, or smell can pull our minds back to those certain people, and even when you’re not speaking to them, they have the ability to cause you (unknown) pain. I often wonder if other people have those times where they’re pulled back to me; if for someone else, I am that pain...These memories don’t mean you miss that certain person, and it doesn’t mean you still love them, it just simply means you remember them and the way they made you feel.” -- ROZES

ROZES has become the in-demand topline singer in the recent past, after lending her distinct, genre-blending vocals to The Chainsmokers’ smash “Roses,” Big Gigantic's "All of Me,” and Louis Fulton's "Wasted on You", which have racked up almost half a BILLION combined streams. But, ROZES/Liz is more than an EDM topline. She's a force, lyrical genius and pristine vocalist.