Jax Jones Ft Raye "You Don't Know Me" is here!! 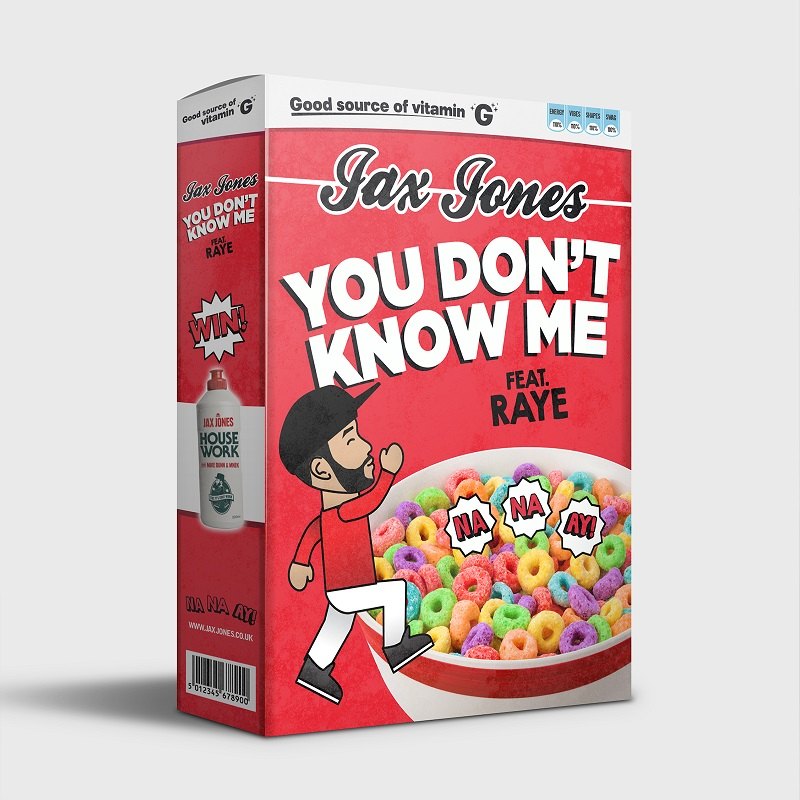 You Don't Know Me ft Raye

The new single released on 9thDecember 2016 via Polydor Records

The track is a sassy rebuff to fake friends and hangers on, with Raye fiercely asserting “Don’t act like you know me, I am not your homie.” You wouldn’t mess with her. Eagle-eared listeners will notice that ‘You Don’t Know Me’ also takes inspiration from the classicM.A.N.D.Y. vs Booka Shade ‘Body Language’ bassline from 2005, with full blessing from the German producers, as Jax reveals…

"This track is so simple but it’s just one of those that works better for not throwing the kitchen sink at it. At the end of the first day of writing with Raye (a genius), Jin Jin (the other co-writer and another genius) and I (occasionally been called a genius - usually by my mum) just had a bassline and the song mapped out. The vocal was inspired by a lot of bashment and general bravado as we were having a lot of fun and feeling good that day in the studio. I spent the next day writing and experimenting with different basslines, which were good but not quite doing it. I’ve always been obsessed with the Booka Shade and M.A.N.D.Y. ‘Body Language’ track – it’s been a staple in my DJ sets - so I tried it and it was lit. Fitted perfectly. We approached them and I was honoured when they gave me approval to use their notes. Bringing their classic techno sound to our new house setting is a total joy for me as I always want to show the audience today who the teachers of the music who inspired me are - similarly when I asked Mike Dunn to feature on ‘Housework’ - I want to bring the underground roots to the forefront of the music I’m making. It’s a thread that runs through all my music.”

Indeed Jax takes his inspiration from the hip hop, grime and house music that he was surrounded by in his teenage years – at 16 he was thrown out of the family home and start making grime on an old PC in his friend’s garage, where he lived at the time. These influences come through both in the studio and in his incendiary live sets in which he helms all the instruments himself, layering them upon beats and bass for a fresh, modern take on an old school sound. His biggest success to date has been as the writer and co-producer on Duke Dumont’s huge international 2014 hit ‘I Got U’, which resulted in his first UK No. 1 in addition to nominations on both sides of the Atlantic, at the BRIT and Grammy Awards. As well as producing Duke’s following two singles, more recently he’s remixed Charli XCX and Missy Elliot & Pharrell.

Raye is set to be on almost every tips for 2017 list, having had a stellar year collaborating with artists from Stormzy to Jonas Blue to Charli XCX – whose recent ‘After The Afterparty’ single she co-wrote – as well as releasing her acclaimed Second EP which has undoubtedly cemented her as one of the most exciting new artists in the UK right now. Teaming up with Jax on ‘You Don’t Know Me’, it’s the perfect pairing.

Currently working on his highly anticipated debut album, stay tuned for much more from Jax Jones in 2017 and beyond.