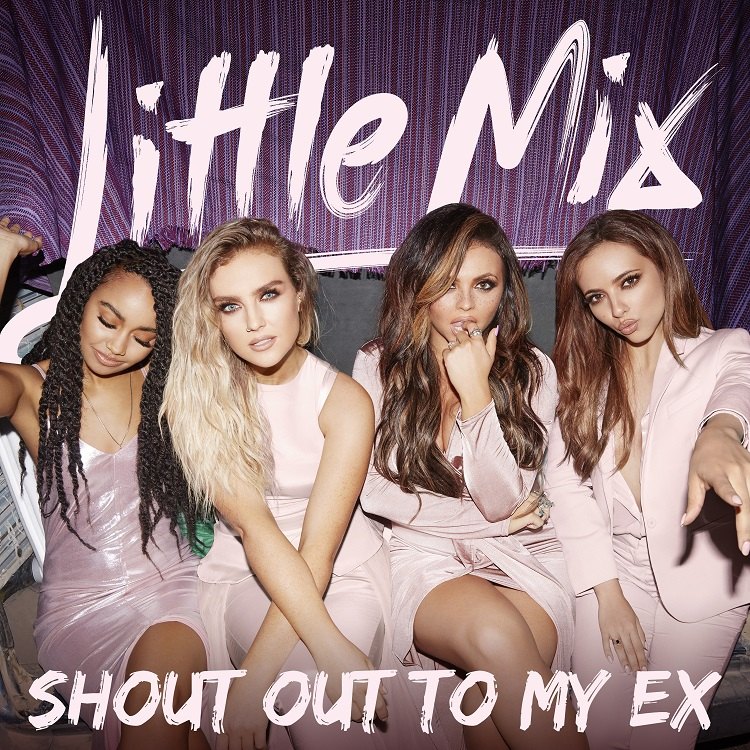 Shout Out To My Ex

"Shout out to my ex, you're really quite the man. You made my heart break and that made me who I am."

After months of speculation and anticipation the hottest girl group on the planet, Little Mix, finally release their brand new single 'Shout Out To My Ex'.

The song was premiered worldwide for the very first time tonight when the girls performed the track on The X Factor results show.

'Shout Out To My Ex' is now available worldwide to download and stream.

Written by Little Mix, Camille Purcell, Iain James and Electric and produced by Electric, 'Shout Out To My Ex' is the epitome of the word anthem. An empowering, in your face, break up song, with a killer chorus and bold lyrics, this track is sure to ignite pop fans worldwide.

The track is the first single to be taken from their upcoming fourth album, 'Glory Days' released November 18th. The Deluxe Edition of the album includes the 'Get Weird' concert film recorded at Wembley Arena earlier this year.

Jade says: 'Shout Out To My Ex' is a song that we're sure loads of people can relate to. It's all about moving on after a relationship ends to bigger and better things, and leaving the past where it should be.'

Perrie adds: 'We're really proud and excited about our new album and can't wait to share the new music with everyone. 'Shout Out To My Ex' was unanimously our favourite choice for the first single. It's the perfect taster for what is to come!"

Perrie Edwards, Jesy Nelson, Leigh-Anne Pinnock and Jade Thirlwall formed as Little Mix in 2011. Since then they have without doubt become one of the biggest pop acts on the planet, racking up 12 million global sales and three UK No.1 smash hits.

Their third album 'Get Weird', released last year, is their most successful to date selling an amazing 1.5 million copies worldwide. The accompanying tour saw them become the UK’stop arena act selling an incredible 330,000 tickets and performing to sold out crowds across the country. The band also recently won 'Best Music Act' at the 2016 Glamour Women of the Year Awards.

Little Mix have just announced a multiple arena date tour across the UK and Ireland for October and November 2017. Tickets for Little Mix’s The Glory Days 2017 UK and Ireland arena tour go on sale 9am Friday 21 October via STORE.LITTLEMIX.COM, WWW.GIGSANDTOURS.COMand WWW.TICKETMASTER.CO.UK

Ok guys, we LOOOOOOVE this and know you will too so please make sure you are on the case for this FUTURE #1 PRIORITY!