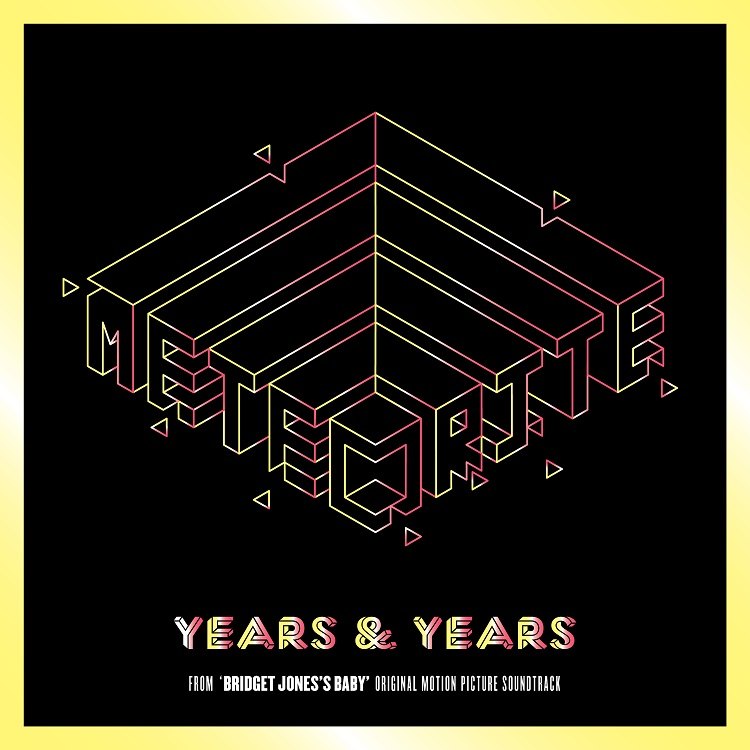 Meteorite is a brand new track and the first piece of new music for over a year to come from the platinum selling, Wembley headlining, radio dominating tour de force that is Years & Years. An out and out incandescent slice of brilliant pop it was written for the upcoming ‘Bridget Jones’s Baby’ Original Soundtrack. “We wanted to make something unashamedly disco and upbeat” says frontman Olly Alexander, “I can’t wait for people to hear it!”

Meteorite, which the band debuted live at Bestival this weekend, marks the end of an incredible 2 years for the London-based trio. Years & Years will start work on their next album later this year.

‘Meteorite’ will be released as past of the Bridget Jones Baby Original Soundtrack on September 13th.

And thanks to the guys at Polydor, Eurosolution are delighted to present this absolute pop ANTHEM which we love and know you will too. Please push this huge tune to the max