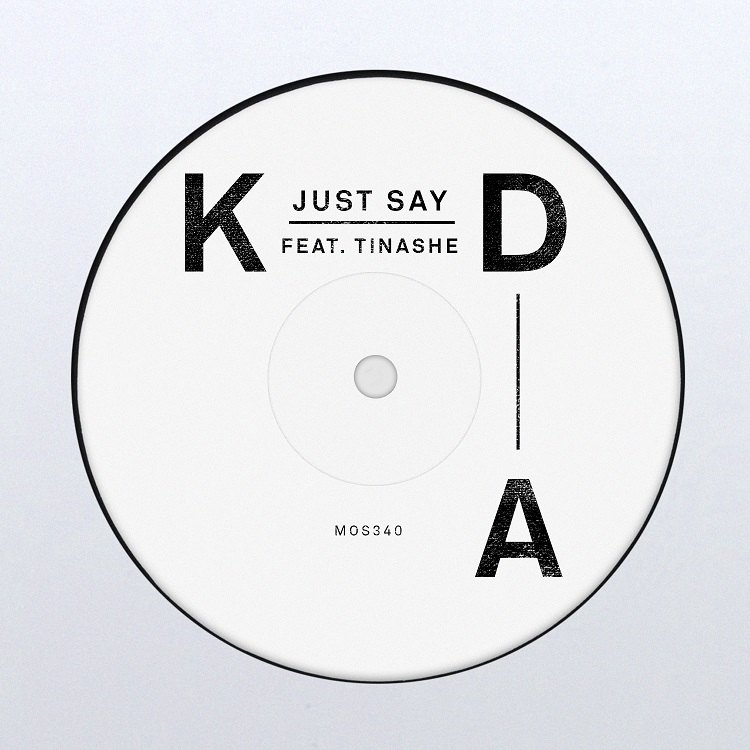 KDA teams up with US R&B star Tinashe on new single ‘Just Say’on Ministry Of Sound.

‘Just Say’ follows the huge runaway success of KDA’s debut single ‘Turn The Music Louder (Rumble)’ featuring Tinie Tempah & Katy B, which entered the UK charts at #1, beating One Direction in a much-publicised race to the top spot and achieved gold status with sales well in excess of 400,000+ copies to date.

Unveiled in July via The Fader in the US and Annie Mac in the UK, ‘Just Say’ has emerged as a creeping dancefloor anthem. The propulsive and hauntingly soulful underground house track has been embraced across BBC Radio 1 where it is #3 in the Dance Chart and was recently the #11 most played track on the station, as well as being on regular rotation in the cross section of 1Xtra, Kiss FM, Capital FM and Rinse FM, where the track is currently on the A-list. It also shot to #1 in the Cool Cuts chart.

KDA, the elusive London-based DJ, producer and multi-instrumentalist has previously held a radio show on Rinse FM, and has remixed the likes of Chvrches, London Grammar, and Lianne La Havas amongst others. His multifaceted sound draws from a diverse range of influences including Masters of Work, J Dilla, HNNY, Jill Scott, Tame Impala, Roisin Murphy, and Maya Jane Coles. He is currently working on his debut album, which is expected in 2017.

Tinashe released her widely acclaimed debut album Aquarius in 2014, featuring the year-defining hit single ‘2 On’ and has since released a string of singles including the Ivor Novello-winning collaboration with Snakehips 'All My Friends'. Her appearance on ‘Just Say’ comes ahead of her second, highly anticipated album Joyride.