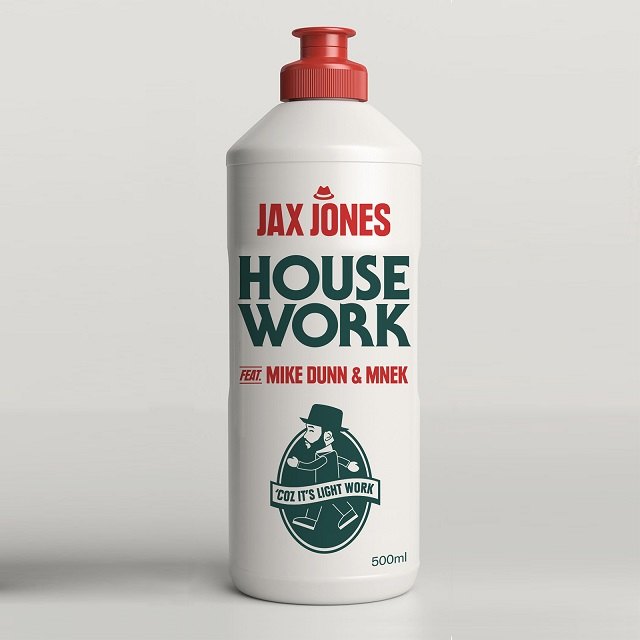 “For me, this is about representing club tracks in a new way. I want to show it can be more than just CDJs and a press shot.” Jax Jones’ mission to reshape club tunes with energetic live performances starts with this session. The film finds Jax in his front room surrounded by pads, synths and posters of his idols (Missy Elliot and The Neptunes). Jamming alongside him are co-writer and vocalist MNEK and, beamed in via satellite, a cameo from Mike Dunn himself. “Mike is one of the teachers of club music” says Jax about the collaboration, “…and MNEK is one of the most talented human beings on the planet today. It was a vibe.”

"House Work’ is currently heating up clubs worldwide, sitting at #1 on the cool cuts chart, plus enjoying big support at UK radio from Beats 1, Radio 1, 1xtra Kiss FM and enjoying a two week stint at #1 on Radio 1’s Dance Chart. Played out by huge names like Maya Jane Coles, MK, Martin Solveig and at festivals worldwide by the likes of Annie Mac, The Magician and Diplo, ‘House Work’ is gearing up to be a mainstay for Summer ’16.

Prior to ‘House Work’, Jax has been working as a prolific writer, musician and producer in London. After scooping Grammy and BRIT Award nominations for production on Duke Dumont’s huge singles ‘I Got U’ and ‘Ocean Drive’, Jax today finds himself in the studio working on his debut album which promises to be an eclectic, high energy collection of R&B and soul-infused house.