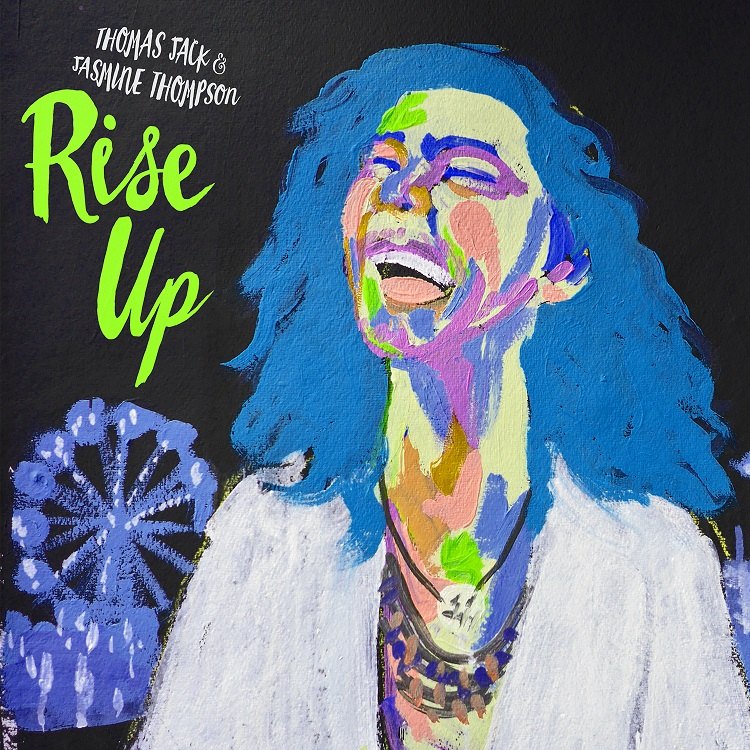 With a million monthly listeners atSpotify and millions more plays atSoundCloud, Thomas Jack’s brand of uplifting house has grown a huge and organic following. Thomas Jack now looks set to soundtrack this summer with his brand new track ‘Rise Up’.

‘Rise Up’ sets searing sunshine synths to mid-tempo bass grooves as guestJasmine Thompson’s elegant pop vocals deliver the track’s most immediate trait. As with the rest ofThomas Jack’s growing discography,‘Rise Up’ captures his ability to perfectly encapsulate the summer vibe.

‘Rise Up’ is the result of Jack andThompson’s writing collaboration withIsabella Summers of Florence + The Machine – Summers’ co-songwriting credits for Florence include key tracks such as ‘Dog Days Are Over’ and ‘Cosmic Love’.

Prior to this collaboration, Jasmine Thompson had also graced two other major hits: Robin Schulz’s ‘Sun Goes Down’ hit the upper reaches of the charts all over the globe as it progressed to pass 200 million views at YouTube, while Felix Jaehn’s ‘Ain’t Nobody (Love Me Better)’ was even bigger: with over 300 million plays at Spotify, it became a major global hit with highlights included an 8 week run at #1 in Germany and a #2 peak chart position in the UK.

Both Jack and Thompson have developed huge followings by forging alternative routes to success primarily through online and social media. Between them, they can boast over 800 million plays at YouTube – their biggest tracks at Spotify are Jack’s original mix of ‘Rivers’ (45 million plays) andThompson’s ‘Rather Be’ (almost 24 million plays).

The single’s striking artwork features a mural of Thomas Jack that was painted by leading street artist Bradley Theodore. Theodore is renowned for his portraits of iconic cultural figures – GigiHadid, Kate Moss, Cara Delevingne, Anna Wintour and Karl Lagerfeld, to name just a few – meaning that Jack is in esteemed company.

Thomas Jack’s discovery of tropical house came early in its development, when the emerging scene was still tagged with misnomers such as sax house. As an Australian enamoured with the sound of a growing band of (mostly) North Europeans who were making music which is atmospherically at home in the Mediterranean and Caribbean, Jack would find most of these talents online. His tropical house mix series at SoundCloud helped bring such sounds to worldwide prominence with over 15 million plays.

Jack’s own compositions complemented the growth of the scene, with the Charlie Chaplin-sampling ‘Final Speech’ reaching #1 at HypeM. While many of his contemporaries were pulling sax samples from old blues records, Jack set himself apart from the pack by collaborating with local saxophone legend Adrian Symes on both ‘Final Speech’ and ‘Symphony’.

His remixes for Of Monsters and Men and Adrian Lux also topped HypeM, while last year’s track‘Rivers’ became his biggest to date with 44 million plays on Spotify as well as a further 4 million for an edit courtesy of ‘Am I Wrong’ hit-makers Nico & Vinz.

Thomas Jack will play a rare UK show on July 10th when he hits the Wireless Festival on a bill headed by Boy Better Know and Kygo. Other forthcoming highlights include the Ultra EuropeFestival and a residency at Ushuaïa Ibiza throughout July.